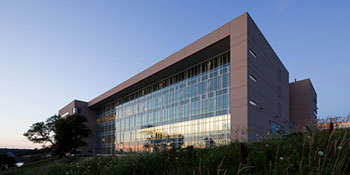 A work-related injury left Andrew Burgess – NSCC Digital Animation alum – lying on his back, staring at the ceiling of his house, unable to move. He had one thought: what am I going to do now?

"I was young and immature when I went to Truro Campus," says Andrew. "I learned a lot, and I finished, but I was more interested in partying at the time than working as a designer."

With his brother encouraging him to move to Alberta, Andrew left for the oil patch and the promise of a paycheque that would pay off his student loans, but did not have him working in his field.

"I liked the job itself, but I missed home," says Andrew of his time in Alberta. "I got tired of it out there. I was gone for three to four months at a time with no days off. There was no family out there really – because I never saw my brother – and there was no social life."

The biggest supporter that I have is my girlfriend, Alisha. She knew I could do this before I could. I was out of work and injured, but she always kept positive. Now, I get to wake up and say 'I'm going to go make some art!' It's awesome. It's a good feeling.

After three years, Andrew says something inside told him it was time to move on. Soon after, he was back home on the South Shore in Hunt's Point.

With a family member needing help on a project, Andrew says he soon fell into a new career as a carpenter. "I was hired as a labourer and just worked my way up."

After ten years, he says the wear and tear on his back was so bad that he couldn't walk

A change of career

A friend's father, having heard of Andrew's artistic skills, asked him to create a custom, airbrushed piece for the gas tank of his motorcycle – a Yamaha 250.

"I'd always kept drawing and airbrushing over the years," said Andrew. "I'd wanted to do more, but work had kept me so busy." The injury, while devastating, provided Andrew with an opportunity to utilize his artistic skills and, after completing the motorcycle, he kept creating more pieces.

"I decided to make a go of it," says Andrew. "The more I put out there, the more people came back and asked for more. Commissions. Hockey helmets. Motorcycles. Portraits. Surfboards."

Today, Andrew's standout pieces can be found in Eastern Surf Magazine, at Dr. Kelly Hatt's Dental Offce and in the hands of the legendary Beach Boys.

Andrew uses a water-based paint from California that's safe for use on a number of mediums including canvas, leather and plastic. Andrew's medium of choice is aluminium.