COVID-19 Updates
NSCC has made a number of changes to College operations as a result of the evolving Coronavirus Disease (COVID-19) pandemic. Learn more about our response to COVID-19 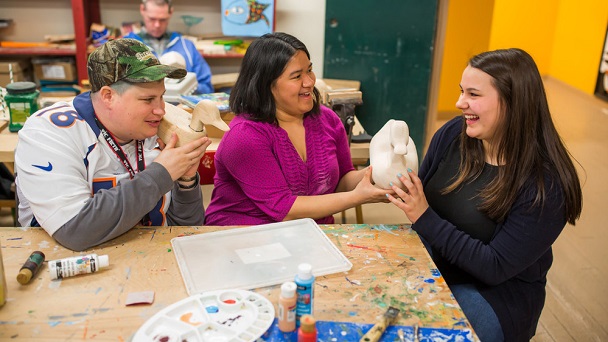 Colter Simmonds, an NSCC grad and Founder of the We Will Win Youth Association (3WYA), is dedicated to helping youth-at-risk develop life skills through athletics, academics and leadership.

NSCC grad, Hyesun Kwon, was driven to start a new life in Canada for the sake of her daughter. That same drive has helped her rediscover her love of cartooning and restart her career as an animator.

NSCC grad, Keegan Dillman, works for one of the largest video game companies in the world, leading a team that helped them earn best-of-2019 recognition from both Apple and Google.

Learning the language of beer

(The Coast) Learning the language of beer If your favourite beer could tell a story, what would it be? Roger Mittag, the creator of Prud'homme Beer Certification, believes that everything done in the beer industry is about storytelling.

(101.5 The Hawk) The principal of the Nova Scotia Community College‘s Strait Area Campus says the school is in good hands.

Shortage of seafarers opens the door for new recruits

(CBC Nova Scotia) The shipping industry needs hundreds of new seafarers to deal with a growing shortage of skilled labour, which will worsen over time and could delay shipments of scores of consumer goods, marine experts say.

(Cape Breton Post) The Town of Port Hawkesbury is working with the Nova Scotia Community College to look at setting up a marine innovation centre along its waterfront, based out of its Creamery building.

(CBC Nova Scotia) Johannah May Black is organizing training sessions at every university and several NSCC campuses in Nova Scotia after receiving funding from the provincial and federal governments to expand a program that started in Antigonish in 2017.

A special beer for International Women's Day; they say it's The Bee’s Knees

(Chronicle Herald) For the second year, Garrison Brewing has created a special brew to mark International Women’s Day. The project donates 50 cents from the sale of each can to the NSCC Foundation in support of the Garrison Brewing Women in Trades Award.

(National Post) Educators from the Nova Scotia Community College are partnering in the Whale Sanctuary Project, using the expertise of Tim Webster, the head of the college’s applied geomatics research group, to analyze the waters where the whales will swim.

(Saltwire) An audience of 500 people, including students, selected industry and community partners and government officials, attended Peace by Chocolate founder and CEO Tareq Hadhad's Feb. 19 presentation at the Nova Scotia Community College (NSCC) Kingstec Campus gymnasium in Kentville. The event was made possible through the support of NSCC Entrepreneurship and the NSCC Foundation.

(Cape Breton Post) The Port Morien Wildlife Association (PMWA) was conceived in 1928 and is still going strong 92 years later. The PMWA commits to be both advocate and educator for the conservation and protection of wildlife and ecosystems where possible.

Denika Coakley followed her passion from nursing to carpentry, and built an award-winning brand, business and Instagram following

(The Coast) As she prepared to start a four-year nursing degree, Denika Coakley, owner of DC Woodworks, quickly realized she wasn't cut out for a career in the medical sector.

(Education News) When competitors step up front to make their presentations at the 15th annual Scotiabank Vanier College National Marketing Case Competition on February 8 and 9, 2020, they will face a daunting panel of experts from business, industry and education.

(Academic Group) 19 Canadian institutions have made the list for Forbes’ 300 Best Employers rankings of 2020, with 14 of those institutions ranking within the top 100.

(Chronicle Herald) Barry Mooney, who became the first Nova Scotia chef to reach the podium at the Canadian Culinary Championship two years ago in Kelowna, B.C., was unable to repeat the feat this weekend in Ottawa.